View source
watch 01:36
We're Getting Mutants in the MCU - The Loop
Do you like this video?
Play Sound

Colorizing the Warners is the first segment of the twenty-third episode of Season 3 of The New Looney Tunes Show, starring The Warner Siblings.

Set in 1934, then WB executive Jack Warner ordered Leon Schlesinger to do a color test on the Warners for their Merrie Melodies series as they enter right into color. Part of the Warners' fur was dyed red and their faces light tan to take advantage of this. At the same time, Friz Freleng was chosen to direct the Warners' first color cartoon.

To see a transcript of this segment, click here.

The Warners as how they will look in their first color short. 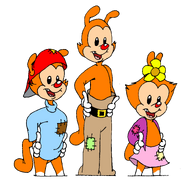 The Warners appearing in the opening scene for their first color short "Poor Little Orphans".

The colored Warners appearing in their underclothes.

The colored Warners appearing in their rich clothes for the ball. 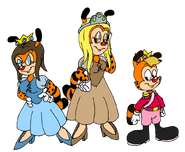 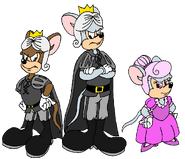